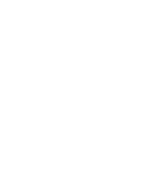 Thermal ghost hunting equipment works by measuring the level of thermal energy, or heat, present in a particular area to detect temperature differences. These tools can be used to detect the logical source of temperature changes or the presence of potential entities because they reveal heat sources and cold spots.

Thermal cameras use infrared technology to sense temperatures captured by the camera lens and reproduce them as images. This helps you see how many different objects produce, or reduce, heat by displaying varying degrees of color where they’re located.

You and your ghost hunting team, at approximately 98.6 degrees in Fahrenheit or 37 degrees in Celsius, will generate shades of yellow, orange, and red. At between 68° and 76° F (or 20° and 24° C) room temperature is typically indicated by hues cool-to-deep blue.

Colder temperatures result in colors that deepen to more closely resemble violet. This color spectrum can vary per camera and settings including some that can convert the colors to black and white or colors grades of your choice.

These differences provide information to the investigator that allow for inferences to be made about their environment. For example, deep purples in an otherwise room temperature environment suggests an abnormal lack of heat in conditions that should be maintaining it.

Conversely, detecting irregular heat sources would also require further investigation. This could include higher temperatures with no visible source, and fluctuations occurring without explanation.

These measurements are particularly useful to ghost hunters when used in conjunction with other captured data. Changes in temperature occurring simultaneously with a visual anomaly, for instance, provides more information about the event you’ve experienced. To be confident that you record the data you need, you should opt for a ghost hunter’s thermal camera that has been tested in the field.

The Best Thermometers for Investigating the Paranormal

This ambient thermometer is perfect for ghost hunting because it records the baseline temperature and humidity of your environment, as well as any spikes that may occur. Meanwhile this ranged IR thermometer measures surface temperatures in the direction in which you point it. Combined, these tools can reveal any potential hot and cold spots to the ghost hunting team.

One of the most economical thermal imaging cameras available to investigators, the FLIR Thermal Cam TG267 is as reliable as it is accessible. Its exceptional ease of use, rugged design, and intuitive functionality make it an ideal choice for ghost hunters of all experience levels.

For more experienced investigators, the FLIR E6 Thermal Camera provides all of the same benefits as its cousin, but in the smallest and lightest camera on the market. However, the E6 also has multiple imaging modes and a thermal image enhancement feature, while boasting one of the clearest displays you’ll see on a compact thermal camera.

The Best Thermal Ghost Detectors are at GhostStop

Whatever your needs, you deserve to collaborate with an experienced and knowledgeable ghost hunting supplier who can match you with the perfect kit. At GhostStop, we have decades of experience in - and a deep passion for - this field. If you’d like to learn more about the best thermal cameras and thermometers for your next ghost hunting mission, reach out to our team today.