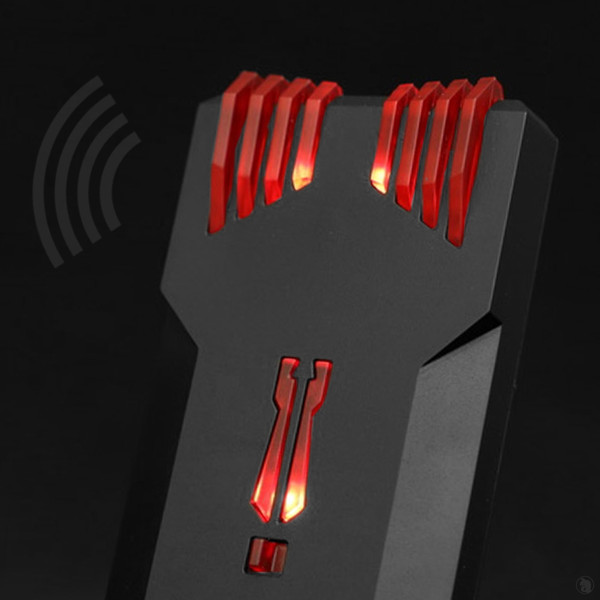 Meet the Rook.
The stronghold of paranormal exploration.


The new Rook EMF Meter with sound, by GhostStop, detects small changes in electromagnetic energy and alerts with lights and sound. This detector is specifically designed for ghost hunting with an emphasis on detecting energy changes and proximity so you can be alerted to a presence and track down the source easily. The Rook is fortified to reduce outside interference and false readings. The Rook is built from our experience as paranormal investigators with features we need for quality evidence and source tracking.

An EMF meter is a popular, easy-to-use tool to detect spikes in electromagnetic energy. Theories within the field of paranormal research suggest that these fluctuations may indicate a presence of a paranormal nature. Once all sources have been ruled out, changes on this meter may signify activity or communication from the beyond or the unknown. Spikes and fluctuations, on the Rook, are indicated by the dual lighted panel on the top with an audible buzzer to indicate proximity/strength. 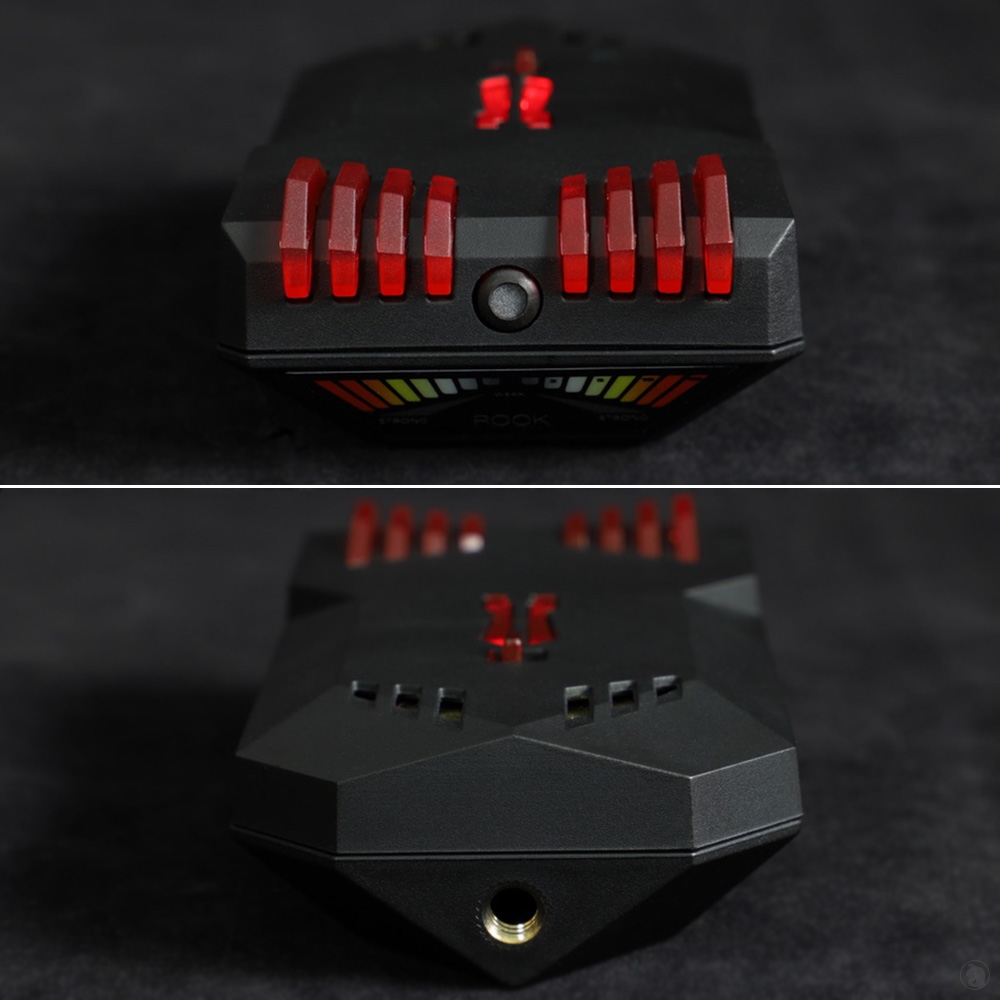 How is the Rook different?
When compared to other energy meters the Rook towers above in many respects. The Rook has been built, specifically, for paranormal investigations from years of experience knowing what we wanted in an easy-to-use, go-to sensor.

Sound and lights.
The Rook includes a sound alert which gets louder and faster as an audible indicator of EMF strength and proximity. You will hear a progressive change in tone as an indicator in addition to the light panel. The tone is made light enough to not interfere with potential EVPs but loud enough for indication as you scan the room.

Fortified from interference.
As you may know, many EMF meters are broadly affected by frequencies such as those produced by radios, walkie-talkies and cell phones. By ruling out these commonly-used frequencies, the Rook is NOT nearly as susceptible to these kinds of false readings, making it a stronghold of quality evidence. It is, however, sensitive to magnetic and electronic frequencies so you can easily track down sources of EMF leaks which can have adverse effects to those exposed. Note: while we have done our best to rule out as much interference as possible, as technology changes there may be some device models using frequencies not covered.

High sensitivity.
The Rook offers a high resolution, highly sensitive reading to alert you to much smaller changes in the environment with a sound alert to indicate proximity. The Rook allows you to see and hear even small fluctuations in energy change. The Rook's dual-light panel indicate energy change. These lights will pulse and get brighter to indicate fractional changes in strength. 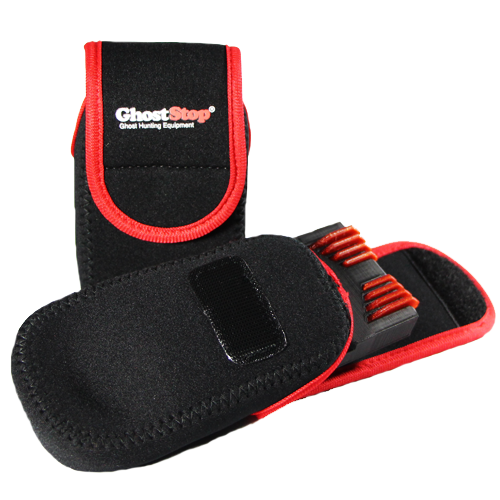 Long-lasting battery that's easy to swap.
The battery on the Rook lasts a long time and will, likely, get you through several investigations. At such time you do need to swap out the battery, changing it is a snap!

Red lighting to preserve night vision.
The Rook utilizes only red lighting. This is purposed to help investigators preserve their night vision. In short, the human eye takes quite some time to adjust into dark environments and can have a harder time seeing properly when certain color lights are present. Different colors have various effects on the human eye from green (having the longest recovery time) to red which has little to no affect.

*NOTE: Parts of the Rook are 3D printed right here at GhostStop. Each one is made with great care by hand. As such, each one may have unique elements in the texture that could appear to be small defects. These unique elements do not affect the function of the product. Though we do our best to keep them as uniform as possible, each one will be unique in some small way since they are each printed and hand-built for quality. Thanks for your understanding in that.

To turn the Rook EMF Meter on, simply slide the front switch left. You will see the logo in the middle light up red to indicate it is powered up. While detecting EMF, the 8 bars at the top will light up from the middle outward. The inside lights indicate a low EMF signature while more bars indicate a higher spike. Because the Rook is highly sensitive to small changes in energy, the lights may flicker indicating minor changes in EMF - something many other EMF meters are not capable of.

As you detect higher energy a light audible alert will be heard. The sound is intended to be loud enough to alert you but light enough to not be intrusive on EVP sessions.

The Rook EMF Meter is a single-axis energy sensor that detects EMF in a single direction. This helps to determine which direction the EMF is flowing. This means that you will get different readings depending on what direction and angle you are pointing the device.

To change the battery, open the battery door on the back and ensure you are using a fresh 9-volt battery with the +/- seated property.

To test the EMF, bring the Rook Meter toward a desk fan or fluorescent light. These will generally show a high EMF.

BATTERY NOTICE: We highly suggest to not use Rayovac batteries. We have found that some Rayovac 9volt batteries interfere with the readings on the Rook. It's not dangerous but it will cause the readings to seems constantly higher than normal. This is not a problem with the Rook but with the lack of proper shielding on this particular model battery.