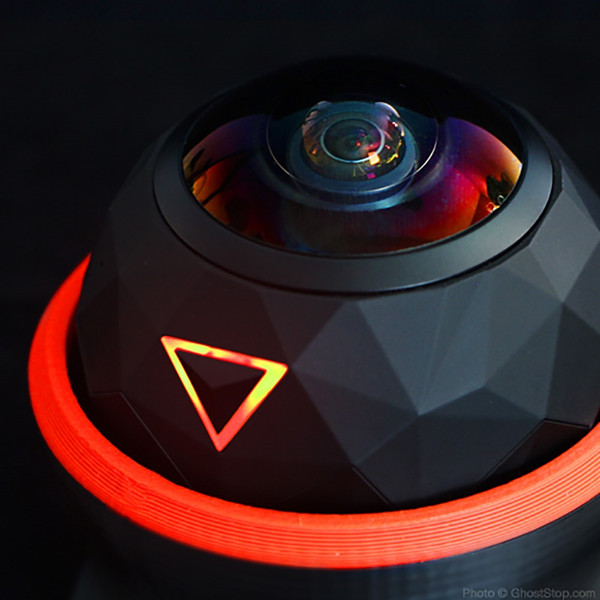 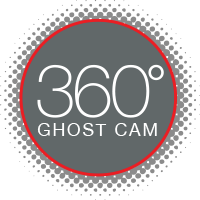 The NEW generation of ghost hunting.

Have you ever had activity happen on an investigation just out of camera view? Have you ever spent precious investigation time running cables with multiple cameras trying to cover the entire room? That can all be frustrating. Not anymore. 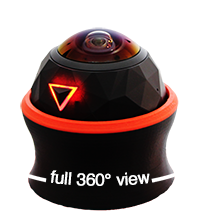 The first interactive ghost hunting cam that catches it all. 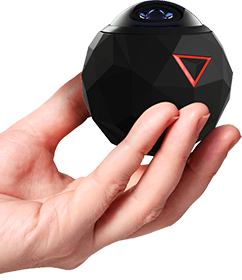 Record it all in stunning full spectrum 4K HD video. GhostStop has professionally modified the 360 lens to accept infrared, ultraviolet and visible light for superior night vision capability. This camcorder comes with a custom-designed charging base so you can attach it to our 360 Puck IR Light or any other 360 Puck modules. There's no more need to setup various lights/cameras and figure out which angle works best. Just set this camera in the center of the room and hit record. As with all cameras a proper light source is required for effective night vision.

This 360 Ghost Cam can be used on its own or locked into other 360 Puck modules. Together these modules become a central investigation system to capture quality evidence without missing a thing. They attach together using a simple snap-and-turn lock. You can stack as many modules as you like. Each module has a metal tripod mount at the bottom so you can put the entire rig or just a single unit wherever you need it in whatever combination you feel will get the job done well. 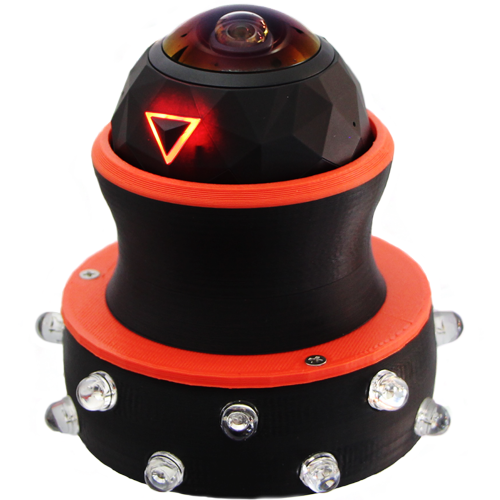 Note: 360 IR Puck is highly suggested for ghost hunting. Add it to your cart above.
Already have one? This cam with the provided mount will lock onto the top of your existing 360 IR Puck or 360 Laser Grid.


Apps for Mobile and Desktop
Using the awesome 360fly mobile app turns your smartphone into your camera’s viewfinder giving you the power to view and share 360° and standard POV video directly. The desktop Director version gives you even more power right on your computer.

One Lens. No Stitching.
The Ghost Cam utilizes the amazing technology of 360fly that sees it all with one lens. This means no complicated software is involved to create stiching and seems which can cause false evidence. What this means for your investigation the assurance of pure visual evidence.

This product is made or modified right here at GhostStop.

*NOTE* This camcorder may not be suitable for everyday use such as family gathering and sporting events as the hardware modifications to the unit make the picture constantly a 'pinkish' hue during use in daylight. Proper lighting is required for low light environments. Due to our full spectrum modification the unit is no longer waterproof.

Got questions?
VIDEOS and more info coming soon. Since this is a new product at GhostStop we look to your questions to see what information should add. We are currently working on video samples for posting from our many investigations and testing. Feel free to email us your questions and we will help best we can and keep adding more details per your suggestions and questions. Thanks!

1) Download the 360fly app. Search “360fly” in the App Store or Google Play and download it to your mobile device.
Launch the app to set up your camera and build a 360fly profile. Remember, the app allows your mobile device to serve as your camera’s remote and viewfinder, giving you the power to edit and share clips on the fly.
2) Remove camera from the packaging and Tilt Mount. NOTE: DO NOT THROW AWAY the Tilt Mount.
3) Charge your camera for at least 30 minutes by placing it on its magnetic Power Cradle while it’s plugged into a power source.
4) Remove camera from its Power Cradle and turn it on by holding the OnePush button down for 4 seconds.
5) Connect your mobile device and camera by tapping the “camera” icon in the app. Now tap the camera drop down arrow to add or select a camera.
6) Follow the in-app directions to name your camera, create a profile and complete the setup. NOTE: For iOS, exit the app, go to your device’s “Settings” and connect to your camera’s wifi.
In The Box
360fly 4K Camera (MODIFIED by GhostStop for full spectrum)
360 Puck Mounting Cradle
USB 2.0 Data/Charging Cable
Power/Charging Base
Padded Carrying Pouch
Quickstart Guide

App Info
App is free to download via Apple and Android stores. Search '360 Fly' and follow the app instructions to install and setup your camera.
×