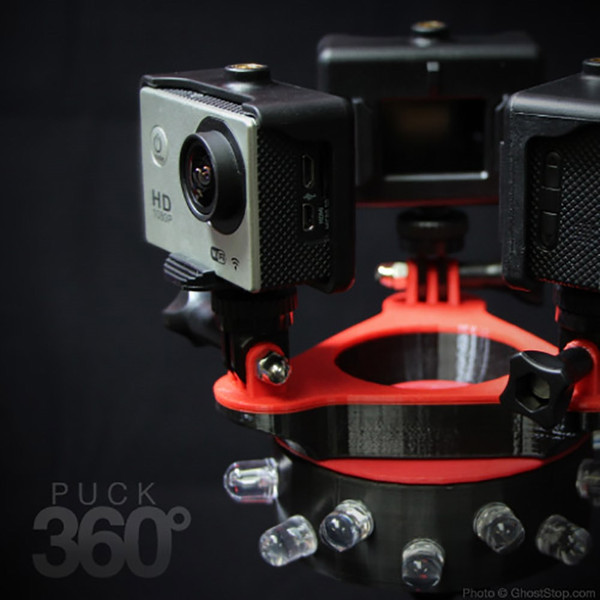 Have you ever had potential evidence happen on an investigation that was just out of camera view? It can be frustrating. Have you ever spent precious investigation time trying to get good camera and lighting angles so you can see the entire room? Here's your answer...

Record it all in stunning full spectrum HD video in total darkness. This camera rig is designed to capture an entire area with the 360 Puck IR light in combination with our 360 camcorder mount. No more need to setup various lights/cameras and figure out which angle works best. Just set this light in the center of the room and hit record.

It's not just camera rig and light.

This 360 Puck Rig can be used on it's own or locked into other 360 Puck modules. Together these modules become a central investigation system to capture quality evidence without missing a thing. They attach together using a simple snap-and-turn lock. You can stack as many modules as you like. Each light has a metal tripod mount at the bottom so you can put the entire rig or just a single unit wherever you need it.

This infrared (IR) light was specifically made for ghost hunting and paranormal investigations to ensure full coverage of an area. We, at GhostStop, have been investigating for a long time and have built this system with our experience in mind. We wanted something easy to use and central to the investigation that has the ability to capture the entire area. The 360 Puck was born. 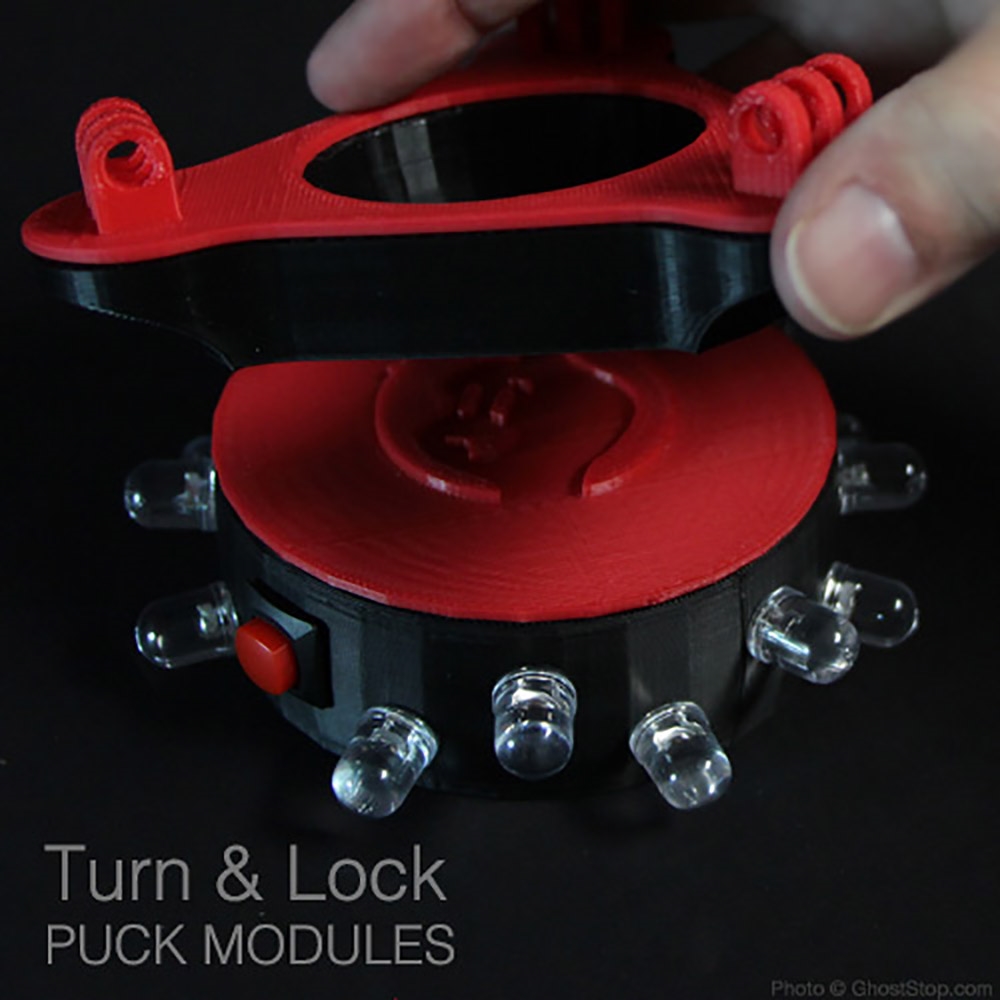 This product is made right here at GhostStop.


**Note** The LED lights on this unit are infrared only. Since there is no visible light emitted from the unit you will not see them light up with the naked eye. You must have a full spectrum, night vision or infrared sensitive camera, camcorder or DVR cameras in order to take advantage of this light. Distance varies by camera and settings. The camcorders are not GoPro brand but do work with most accessories.